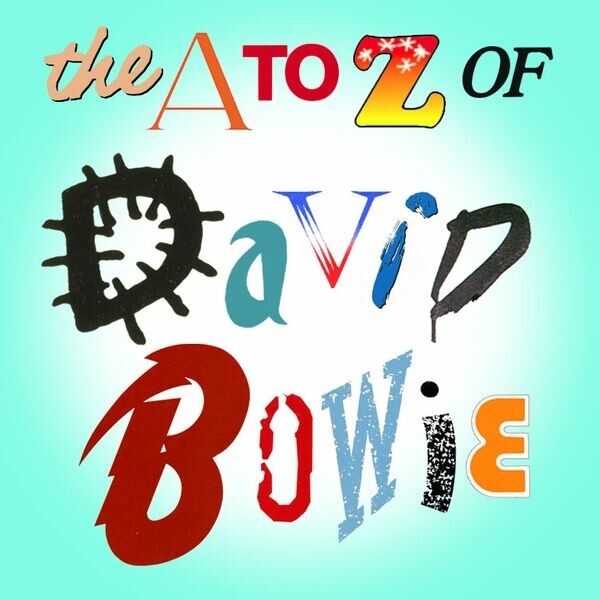 Next Batch Available For Pre Order

The complete A to Z of David Bowie Podcast on a branded & boxed memory stick + bonus content.

Next Batch Available For Pre Order!

Many people believe the world turned sour when David Bowie passed away. Whether you hold this belief of not - and whether you’re a fan of David’s vast back catalogue or not - there’s no denying the seismic shift in cultural perception when Ziggy Stardust ‘landed’ in the UK in the summer of 1972.

Marc Riley was 11 years old when Bowie, with his Spiders, appeared on TV’s Lift Off (with Ayesha) on the 15th of June that year. It was to change the young boy’s life forever. Rob Hughes, being a few years younger, eventually fell for Bowie’s charms in the summer of 1981.Together, Marc and Rob have over 80 years of admiration and fascination for the main protagonist in this 72 (?) part podcast following the life and career of arguably the world’s greatest rock star. If you do wish to argue the point, perhaps you should listen to this in-depth celebration of his life. Not only his life but also the lives of those around him - his sidekicks, friends, managers, confidants and enemies. His successes. His failures. Why, there’s even a section dedicated to his long-serving driver, Tony Mascia.The A To Z of David Bowie is now available for the first time to have and to hold. And to take its place in your David Bowie collection.

My life changed at approximately 4.30 on the 21st June 1972. I stopped off at my Gran’s house in Didsbury on the way home from school as usual… and put one of my favourite TV programmes on. Lift Off With Ayesha it was called. Presented by the aforementioned lady, a folk singer called Wally Whyton..and an Owl puppet called Ollie Beak. That was surreal enough.. but when David and the Spiders tipped up and performed Starman my mind was blown. My interest in almost everything else went out the window. By the time the same men popped up on Top Of The Pops a few weeks later I was already an acolyte. I worshipped these people. Since that day I’ve seen David many times… met him a fair few times… and followed his career through thick and thin. And I’m still here…whilst David sadly isn’t.

For as long as I can remember, I was always aware of David Bowie. He was there in a variety of intriguing ways when I was growing up – from seeing him interviewed by Mavis Nicholson on ITV in 1979 to that great clip of him doing “Golden Years” on Soul Train to the sounds of Changesonebowie from my older sister’s room. But the real epiphany came as a 15-year-old in 1981, when I saw the Ziggy Stardust album in WH Smith’s in Ormskirk and, on the strength of that amazing sleeve alone, without having a clue what any of it sounded like, I took it home to try on. Everything changed as soon as I heard “Five Years”. Woody’s intro felt like a portal into a secret world. Since then I’ve devoured all things Bowie. I’ve listened to him, read about him, seen him live, communicated by email and talked to him (albeit briefly on that last one). I love so much music, but he’s the reason I listen to anything at all. What’s more, Bowie is also responsible for me getting to know Marc Riley. But that’s another story…

I was born in the same year “the man who sold the world” was released and am very much in the first year of the David Bowie High School, with Marc & Rob firmly in the Sixth form wearing their own clothes, looking cool and nicking my dinner money…..

Now as a sound mixer my passion lies in the geeky world of sound engineering and music production, and so I spend my days listening to the sonic majesty from legends like Tony Visconti and Ken Scott and reading about their recording techniques in the vain hope some of it rubs off. Its not happened yet .

Having said all that, I do have a vivid childhood memory as a 10 year old seeing David Bowie on the TV while on an annual pilgrimage to my Grandparents house in Luton. I can distinctly remember watching the Ashes to Ashes video through a Players No 6 fog and thinking I was watching a transmission from another world.

My Bowie journey begin when my Mum said I could pick three albums that came free when you joined Britannia music club. I choose Purple Rain, The Beverly Hills Cop Soundtrack and Changesonebowie and so began a lifelong love affair with Bowie, Prince and cheesy 80s pop. Shortly after that I bought the Ziggy Stardust album at a car boot sale in Morecambe for £1 and never looked back (it has Bowie’s Signature stuck on it with sellotape, but I have no way of knowing it that’s real or cut out of a magazine).

I was fortunately enough to see Bowie perform live twice. Once at Manchester on the Sound and Vision tour and in Fukuoka, Japan for the Outside tour. My friend Gareth and I made a large sign which read “Give us a wave Dave!’ and we were over the moon when he did.

My involvement with the A to Z of David Bowie Podcast and now Cheap Things came about via the medium of Twitter. I replied to a post asking if anyone knew how to make video animations. A few weeks later, after I’d pretty much forgotten about it, I received a DM from Marc asking if he could phone for a chat. From that point on I’ve been making the weekly trails for the podcast.